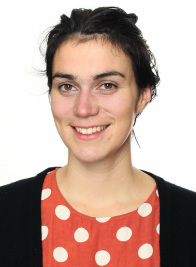 Natalia Hautala is an emerging theatre and performing artist.  She graduated from the University of British Columbia Okanagan with a Bachelor of Fine Arts in Interdisciplinary Performance in 2013.  She is a company member of In Other Words Theatre in Nanaimo, British Columbia and completed her first fringe tour of MUSE, a collaboratively developed piece of theatre with Artistic Director, Barbra French in the summer of 2014. She works in the constantly redefined paradigm of devised theatre and has the ongoing pleasure of collaborating with artists, musicians, media designers and writers of different stripes and sorts to produce new work for the theatre. Natalia is currently expanding her catalogue to include film and television.
Powered by